My friend Albert Sarvis posted this amazing photo that he took in the Grand Tetons—a double rainbow reflecting off of the water! After I got over the amazing artistic qualities of the photo, I started wondering about the math behind it. 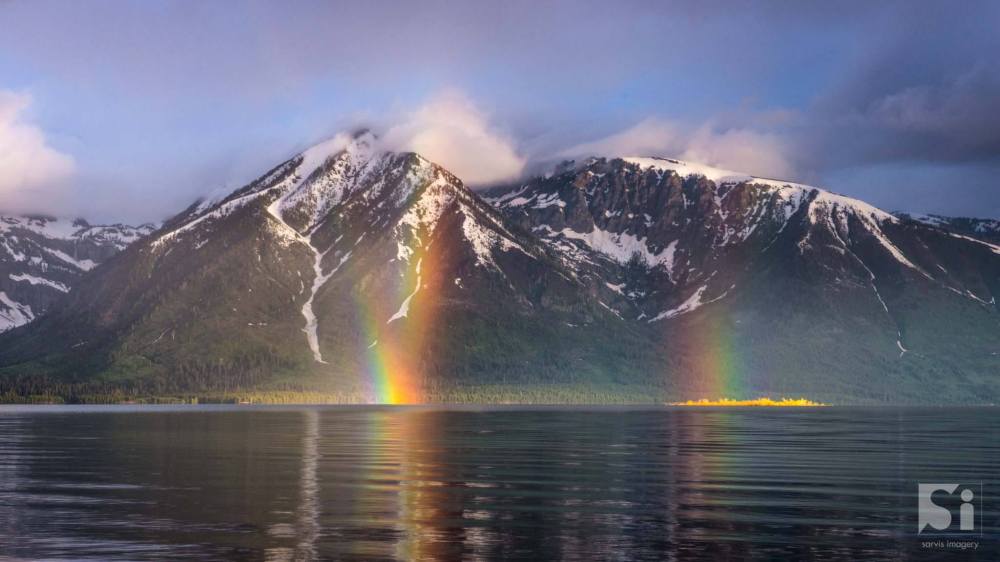 I know that if you point your arm directly away from the sun (so in this case, you’ll be pointing down into the water), then the primary rainbow will be in a circle 42° from that line. In other words, move your arm off the line 42° and sweep it in a cone about the line. You will be pointing at the rainbow. For a primary rainbow, red is on the outside of the circle and violet is on the inside. This primary rainbow occurs when the light bounces once off the back of each drop of water.

Putting this together, I concluded that the left rainbow is the primary rainbow and the right one is the secondary rainbow. And the sun is behind Albert on his right (which seems to agree with the shadows on the shore).

So, here’s my best guess of the locations of the four rainbows. The red circles are the original rainbows; the more opaque one is the primary and the more transparent is the secondary. And the blue circles are the rainbows from the reflected light. 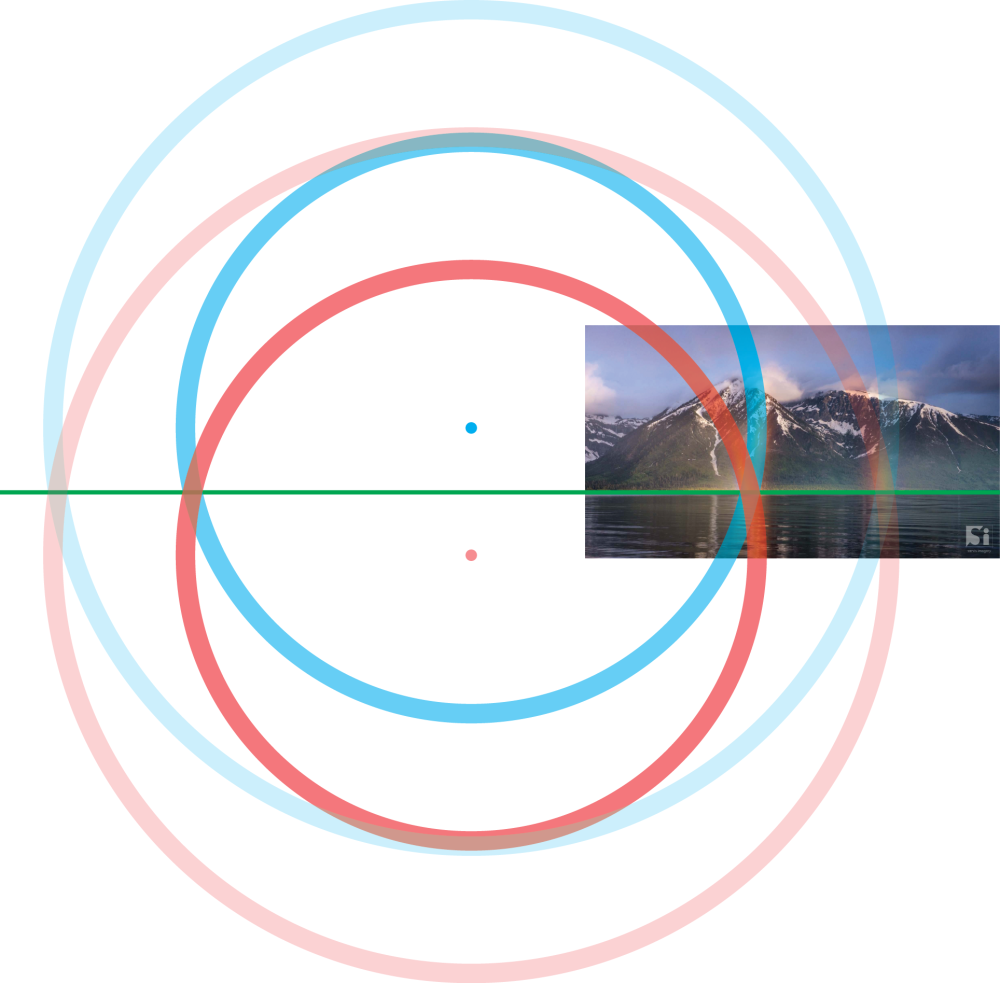 That’s what I think is going on. If you disagree, let me know in the comments.

Thanks for the beautiful photo Albert!

Update: after I posted this on Facebook, Albert (who is an Assistant Professor of Geospatial Technology & Director of Harrisburg University’s Geospatial Technology Center) shared the screenshot below and commented: “The green arrow represents the direction of the photography contrasted to the location of sunrise. This was taken about 15-20 minutes after sunrise so only a few degrees above the horizon over my right shoulder.” 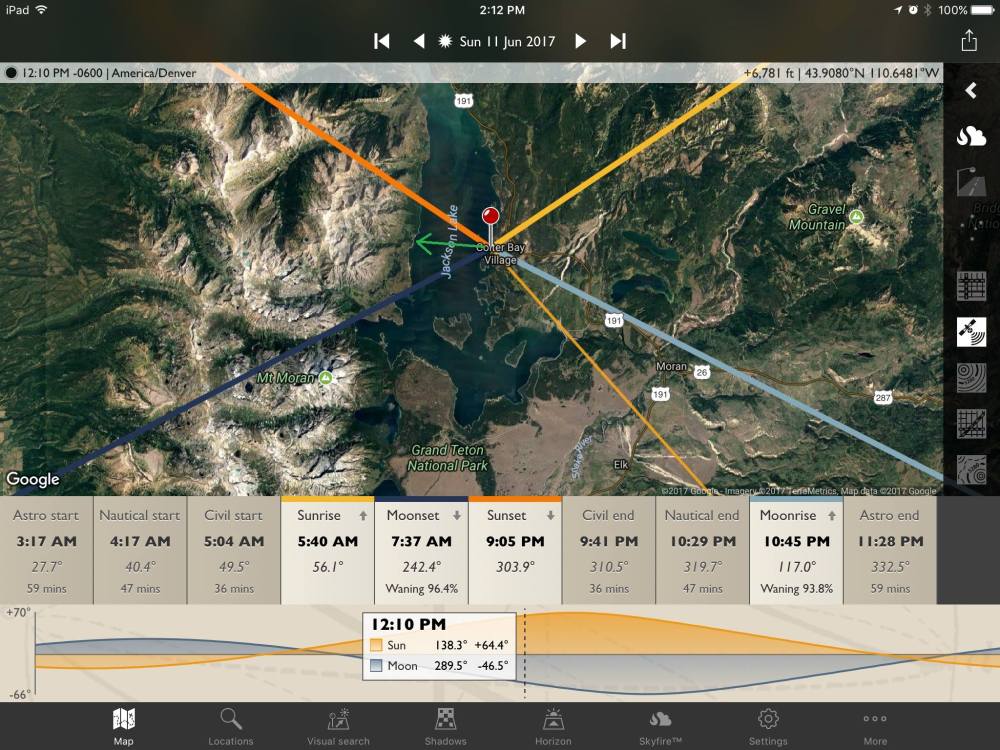