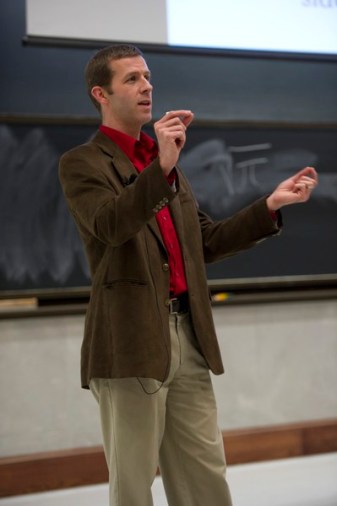 My name is David Richeson. I am a professor of mathematics and the John J. Curley ’60 and Ann Conser Curley ’63 Faculty Chair in the Liberal Arts at Dickinson College.

I graduated from Hamilton College in 1993 with a degree in mathematics, and I received a Ph.D. in mathematics from Northwestern University in 1998. I came to Dickinson after a postdoctoral position at Michigan State University.

I am passionate about many areas of mathematics, but my research focuses on dynamical systems, topology, the history of mathematics, and recreational mathematics. I am the author of Tales of Impossibility: The 2000-Year Quest to Solve the Mathematical Problems of Antiquity (2019) and Euler’s Gem: The Polyhedron Formula and the Birth of Topology (2008), both of which were published by Princeton University Press. I was the editor of Math Horizons, the undergraduate magazine of the Mathematical Association of America, from 2014 to 2019. I enjoy chatting about mathematics on my blog (Division by Zero) and on Twitter (@divbyzero).