[UPDATE: we have a proof! I included it at the end of the blog post.]

Yesterday I was looking at a few methods of angle trisection.

For instance, I made this applet showing how to use the “cycloid of Ceva” to trisect an angle. (It is based on Archimedes’s neusis [marked straightedge] construction.)

I also found David Alan Brook’s College Mathematics Journal article “A new method of trisection.” He shows how you can use the squared-off end of a straightedge (or equivalently, a carpenter’s square) to trisect an angle. (This is a different carpenter’s square construction than the one I wrote about recently.)

To perform the trisection of

(see figure below), bisect the segment

Then draw the segment

. Draw a circle with center

Next, arrange the carpenter’s square so that one edge goes through

, one edge is tangent to the circle, and the vertex,

I made an applet to illustrate this trisection. 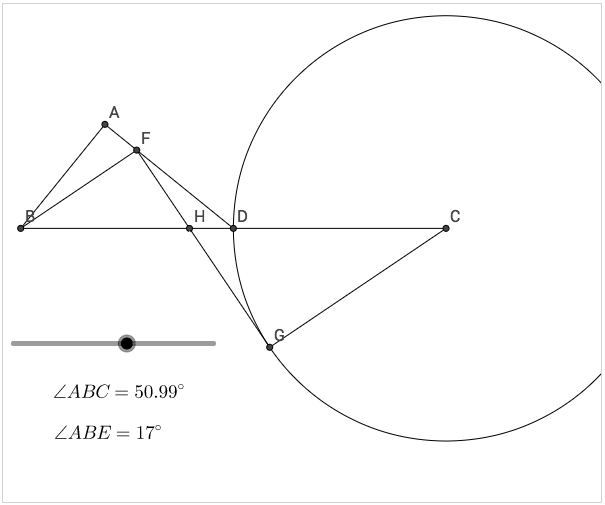 Brooks’s proof used trigonometry. My question is: Is there a geometric proof that

I spent a little while working on it yesterday and couldn’t find one. If you can, let me know!

UPDATE: We have a proof! Thank you Marius Buliga!

In the proof we are referring to the figure below. Let

Then it suffices to show that

be the point of tangency. Draw segment

are parallel, and hence

is a parallelogram. This implies that

is the midpoint of the diagonal

is the hypotenuse of the right triangle

is a chord of the circle, 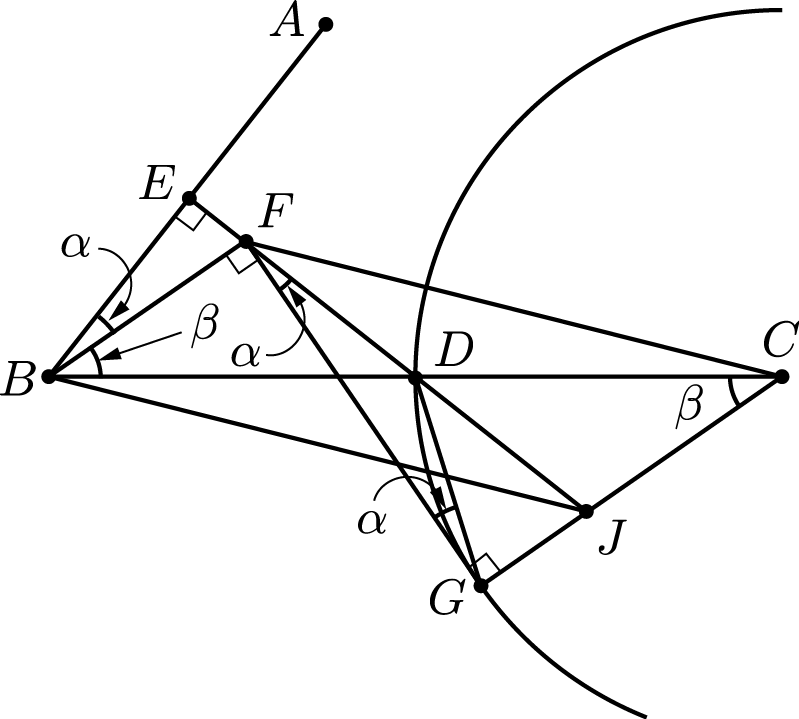 Update 2: Andrew Stacey just sent me an another proof:

In the proof we are referring to the figure below. Let

Then it suffices to show that

be the point of tangency of the carpenter’s square and the circle. Because

is a tangent line and

is a radius of the circle,

is a parallelogram. Notice that

be the midpoint of

and the circle with center

. Note that the circle passes through

—the first three because

and the fourth because

is a diameter of the circle. Because

is a central angle and

is an inscribed angle and both cut off the same arc of the circle; thus